I Wub Yew
So my debut album, I Wub Yew, is bound to go to international stores within the next few weeks. The album cover is 90% finished, I've actually added a new song to the tracklist (which I may have uploaded to Soundcloud and is being somewhat popular), and then I need to upload everything to my distributor and give them cash. After that, it's about 2 weeks until you see it in online stores all around the world, and physically through Amazon.

Xanu Modular
The Xanu modular is now stuck at revision 1, meaning that the panel designs and schematics are going to be considered 1st generation. It's in both 3U and 5U formats for now, but of course, custom work is no issue. 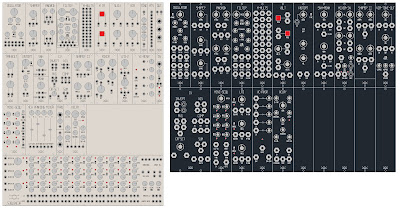 And, the good news is I may have a potential start to this whole thing with *drumroll* a sequencer: 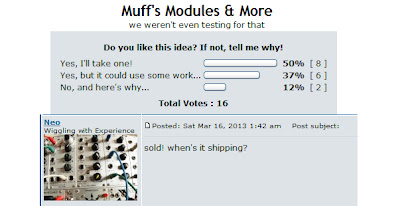 No promises, of course, but it looks good.

Ultra
I can't safely go this week or next without talking about Ultra. If you don't know, I'm talking about the Ultra Music Festival, a two-weekend electronic music event which stars all the biggest names in the industry for a giant rave in Miami, FL. Fking incredible event, really. I can't go, but thankfully they've been livestreaming the whole show on their YouTube page, so I get to see the show with degraded audio but better views!

And, of course, I really can't go much further without talking about the 2nd day closer show. Three words: Deadmau5, epic, and fireworks. Despite the 7 times he trainwrecked epically (that's DJ-talk for being out-of-time), it was an incredible show, both musically and visually. I mean, fireworks. Name a mouse who's had fireworks behind him. Exactly, you can't. Mainly because Deadmau5 is a human, but whatever. 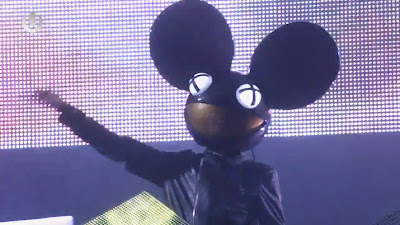 Sadly, I'm only catching a few sets at a time, and today a bunch of acts played that I really wanted to see, but oddly enough reality has prevalence over being high off music. C'est la vie.

Gear
If you know me at all you know I'm big on gear. I have an idea to have a semi-public museum of synthesizers, guitars, orchestral instruments - a ton of neat stuff. Yesterday I got to play a really undervalued vintage synth, the Roland JX-8P. Analogue goodness with DCO's, it plays like a dream, sounds like a dream, and was a mere $200! I totally want it, even if it doesn't fully function (aftertouch and LFO bender don't seem to function): 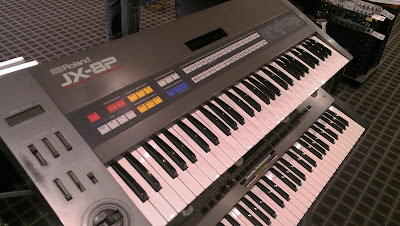 Also, I'm still on the lookout for a pair of direct-drive turntables. Tomorrow I'll be going out to various thrift stores and such. I've only seen two turntables in places like that: one was a fancy cabinet model, and the other was pretty beat. I'm about as pre-addicted to turntablism as I am modular synthesis. Let's hope for the best!

I didn't grab a pic of it, but I finally got to play Casio's XW-P1. I was really hoping Casio had redeemed itself with this, but in fact it's just as bad as their standard "cheap keyboard" scheme. Don't get me wrong, it is musical and can sound good, but good GOD it's built like a piece of paper, has a pretty crappy interface, and it is literally the most digital-sounding synthesizer I have ever heard. What the actual fk, Casio. I was hoping I would want more from you than this little VL-Tone I have. I still want to have a few hours alone with it, but in the 20 minutes I spent with it, that's my verdict.

Ok, I think that's about it. I guess I'll see you next on iTunes, unless something else interesting pops up!