I created a "synthesizer" in Minecraft. 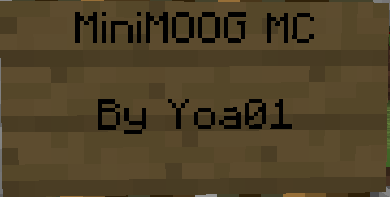 Yes, I seriously called it that. 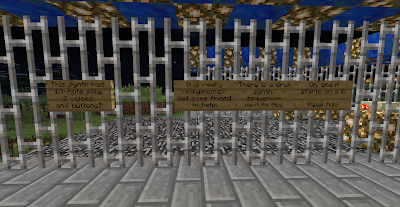 If you don't feel like reading that, this is basically what it says:

This synth has 13-note polyphony, 2 voices, and BUTTONS!!!
It really is polyphonic... if you get some friends to help you play it.
Oh, and it starts on a G1. Have fun!
There is a drum synth/sequencer next to this, which we will get to later.

Here are the keys: 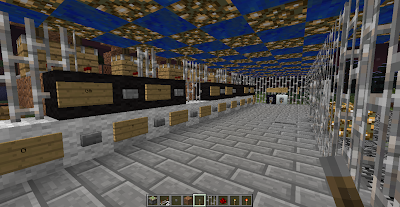 Here is the timbre selector: 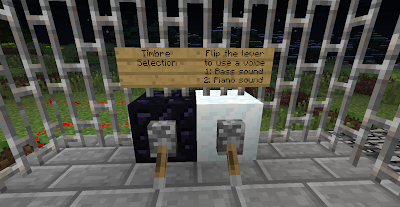 Now, if you like redstone wiring, here is how the black keys are wired: 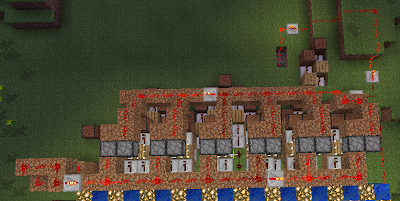 And the white keys: 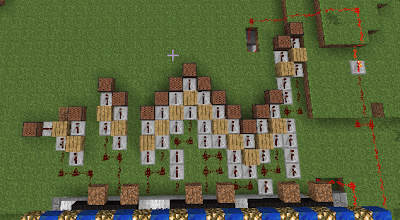 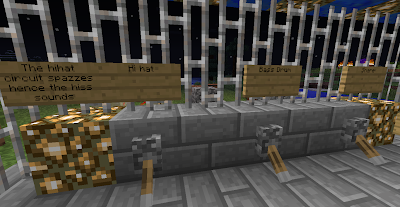 That was the interface. How it works is like this: 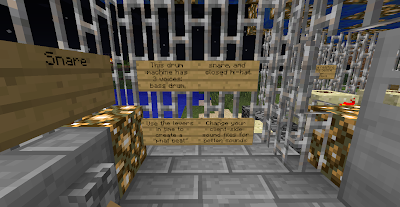 For those who don't like reading pictures:
This drum machine has 3 voices: bass drum, snare and closed hi-hat.
Use the levers in time to create a "phat beat"
Change your client-side sound files* for better sounds.

And, again for you redstone fans: 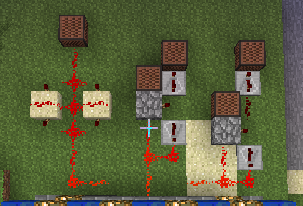 So, normally I'd give away the map and such, or at least a schematic, but smart guy that I am I converted the map file into a Anvil file with the newest release of Minecraft (1.2), so I'll give that out later. Oh, and I did film a short video about it: http://www.youtube.com/watch?v=oA2wV7eqmZ0

*How to change sound files:
In minecraft, go to the Texture Pack menu and click Open texture pack folder

Navigate up one folder

then take an audio file and open it with any audio editing program, such as Audacity.

Then, import another audio file by whatever means and replace the given file (in this case, actually the kick drum sound from Deadmau5's "Faxing Berlin").

Export final product as an Ogg Vorbis file and replace the original with the same name. Done!

Interesting fact: you can use this method to play your favourite songs in Minecraft. Simply export the song as a ogg vorbis file under the name of one of the various sounds a note block can make. In game, the song will play in place of the normal sound.