I was just going to tweet this, but I wanted to add pics and such too.

Suggestion for Notch and the Minecraft team: First off, I love the new 2x2 trees in Jungles. When I created a new world, I decided to collect some of this log material and make a little grotto for myself: 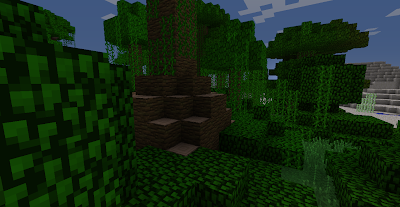 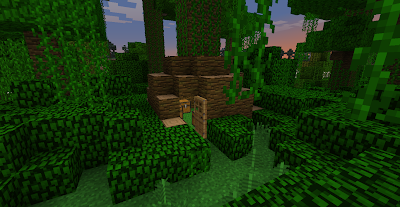 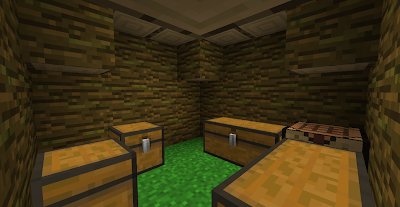 When I was done it reminded me of Yoda's house from Star Wars, which is in a swamp. And so my idea starts...

What if, in swamps, 2x2 trees formed, maybe half the height of Jungle trees, but the bottom flares out? My grotto is 4x4 inside, so maybe it could flare to that? Then again, it is possible to create a house in a footprint of only 4x4... I'll leave that to Mojang.

My secondary idea was to have the normal swamp 1x1 trees, but the bottom flares out to inside dimensions of 3x3, which is also enough for an initial dwelling.

I dunno. Seems like a good idea to me, but that's just me.

But, since I'm talking about Minecraft, I'd like to bring attention to a few details that I find confusing.

Back in Pre5, Some ores (not sure what) turned to Ender portal blocks. 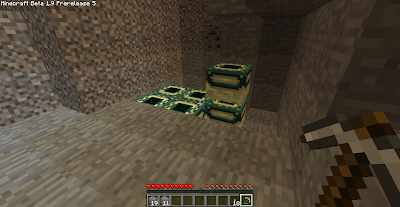 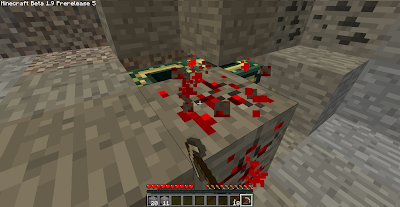 They still exist as such.

Also, with the latest build comes Jungles, and, well, check out the epic vinage!! 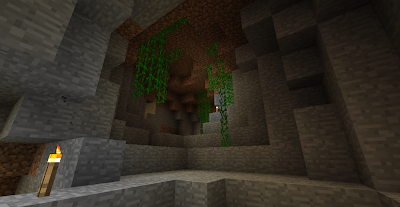 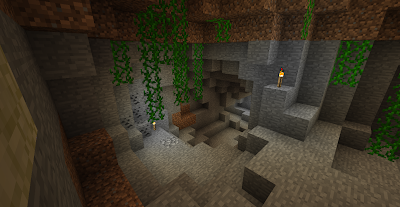